Bergman Island has been named one of the ten best films of the year by The New York Times. Bergman Island is directed by the French director Mia Hansen-Løve and is filmed in its entirety on Gotland and Fårö. The film depicts the director's personal experiences of having visited Bergman Week with her ex-husband Olivier Assayas and is a declaration of love for Fårö.

Bergman Island has been written and directed by the French director Mia Hansen-Løve, whose film The Things to come was awarded a silver bear for best direction at the Berlin Film Festival 2016. Bergman Island was shot in its entirety on Gotland and Fårö and in the roles are Tim Roth ( Pulp Fiction ) and Vicky Krieps ( Phantom Thread ) but also Swedish actors and cultural personalities such as Melinda Kinnaman, Joel Spira and Kerstin Brunnberg. The Gotland artist Clara Strauch plays one of the supporting roles and about a hundred extras and other facilitators from Gotland have contributed. In July, the film competed for the most reputed prize during the prestigious Cannes Film Festival, and most recently it was screened at the Toronto Film Festival.

The plot attracts during Bergman Week on Fårö, where the director couple Chris and Tony go to write the script and spend time together. While they follow in Bergman’s footsteps and live in the house where Scenes from a marriage were filmed, the line between reality and fiction begins to blur. The couple slides further and further apart. The film is based on reality and the director has taken care to recreate places, people and events down to the smallest detail.

It was strange and difficult to play myself as the person I was in 2016. When I first saw myself, I took off my glasses and covered my ears to avoid seeing how bad I would be.

Visby-born filmmaker Hampus Nordenson participated in Film 2016 at Gotland’s talent program for filmmakers during Bergman Week, where Mia Hansen Løve was one of the guests with the film The Things to come . He led the conversation with her in front of an audience and between the program he showed her around Fårö, something that resulted in him becoming part of the film team and getting a role in the film’s plot – like himself.

-It was a tough recording and for a while I wondered if I even wanted to do film. But when we saw the film in Cannes, there was still a kind of ecstasy after all the intense work. It was strange and difficult to play myself as the person I was in 2016. When I first saw myself, I took off my glasses and covered my ears to avoid seeing how bad I would be. But Mia had brought out the best in me and afterwards I felt happy and proud.

The filming involved Gotland’s film workers and the local companies, with everything from car rental to accommodation, restaurants and filming locations and also had trainees from Gotland Folk High School’s film education in Fårösund. Several of Fårö’s well-known places such as Ekeviken, Ulla Hau and Kutens Bensin are in the film, but also Destination Gotland’s ferry, Visby airport and Sudersand Resort.

Bergman Island has been named one of the ten best films of the year by The New York Times. Bergman Island is directed by the French director Mia Hansen-Løve and is filmed in its entirety on Fårö. The film depicts the director’s personal experiences of having visited Bergman Week with her ex-husband Olivier Assayas and is a declaration of love for Fårö.

Ingmar Bergman first came to Fårö on a stormy April day in 1960. He had reluctantly agreed to Svensk Filmindustri’s suggestion to look at Fårö as a possible location for Through a Glass Darkly. Bergman had already planned for the Orkney Islands outside Scotland’s north coast as the perfect setting for the film. To put an end to the discussions he visited Fårö in order to have a reason to definitely decide on the Orkneys.

The meeting with the barren island on Gotland’s northern point was overwhelming. “If one wished to be solemn, it could be said that I had found my landscape, my real home; if one wished to be funny, one could talk about love at first sight,” he wrote in his autobiography Laterna Magica. As well as Through a Glass Darkly, Bergman would make three feature films, a TV series, two documentary films and a short film on Fårö.

Petit bourgeois country idyll, refuge, war zone and Golgotha, Bergman has played with Farö as both heaven and hell, as the setting for matrimonial dis – cord, mental illness, death angst and reconciliation. The barren, stony landscape with the wild Baltic Sea backdrop has often been interpreted as a metaphor for the personal emotions of the role figures.

In the late 1960s, Bergman formed production company Cinematograph with its headquarters on Fårö. Cinematograph productions included Fårö Document 1969 and 1979, the Magic Flute, Scenes from a Marriage, Fanny and Alexander, and Cries and Whispers.

He had his house built not far from where Persona was filmed. He came to live and work there for al – most 40 years. The Fårö people’s opinion of Bergman was far removed from the public image of the great demon producer. At Ingmar Bergman’s memorial ceremony in August 2007, the people of Fårö paid tribute to a neighbour, employer and builder. Ingmar Bergman died at the age of 89 at his home on Fårö and is buried in Fårö Church Cemetery 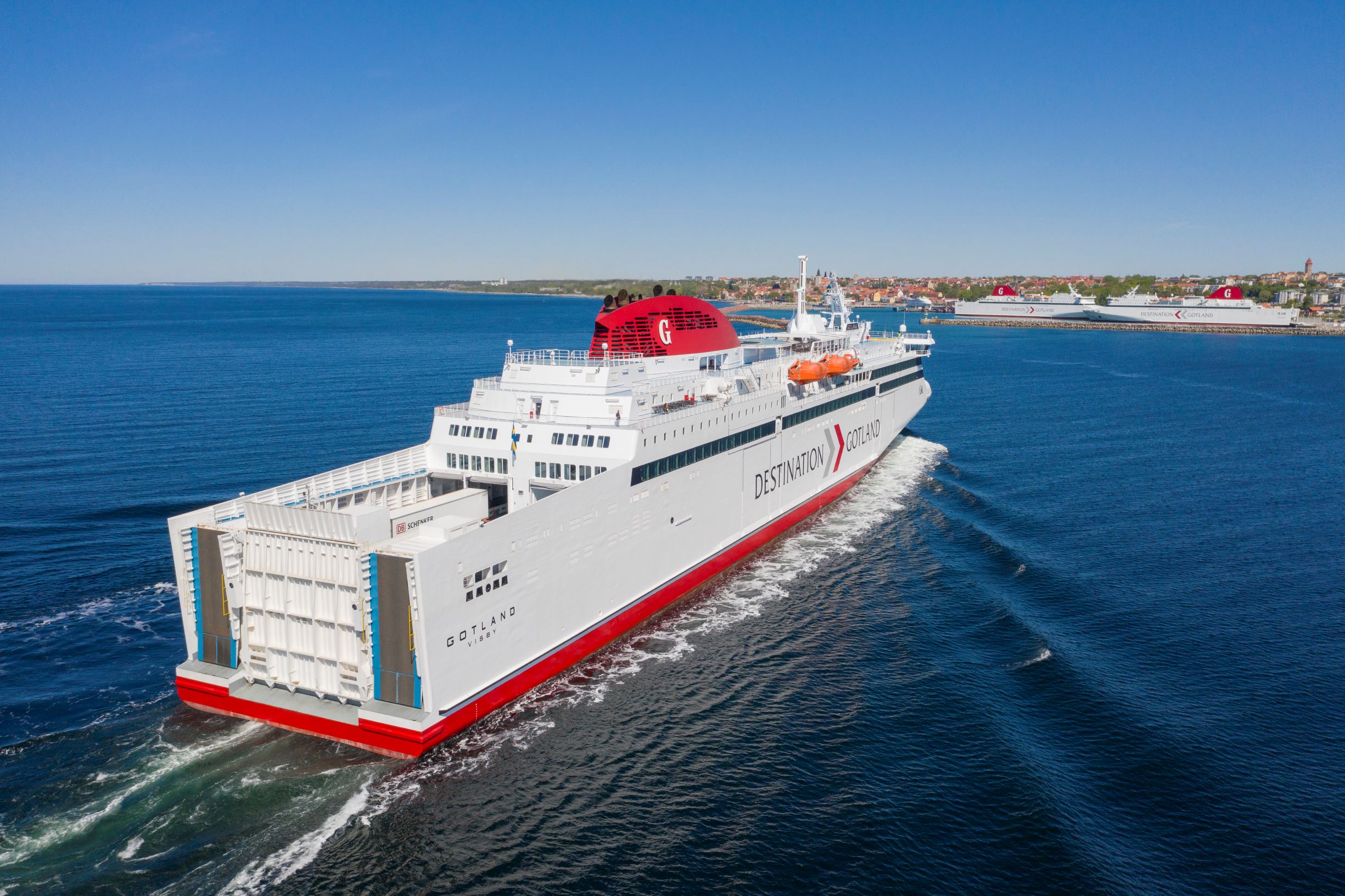 Travelling to and from Gotland is easy and there are many companies who are ready to make your trip a comfortable and memorable moment. 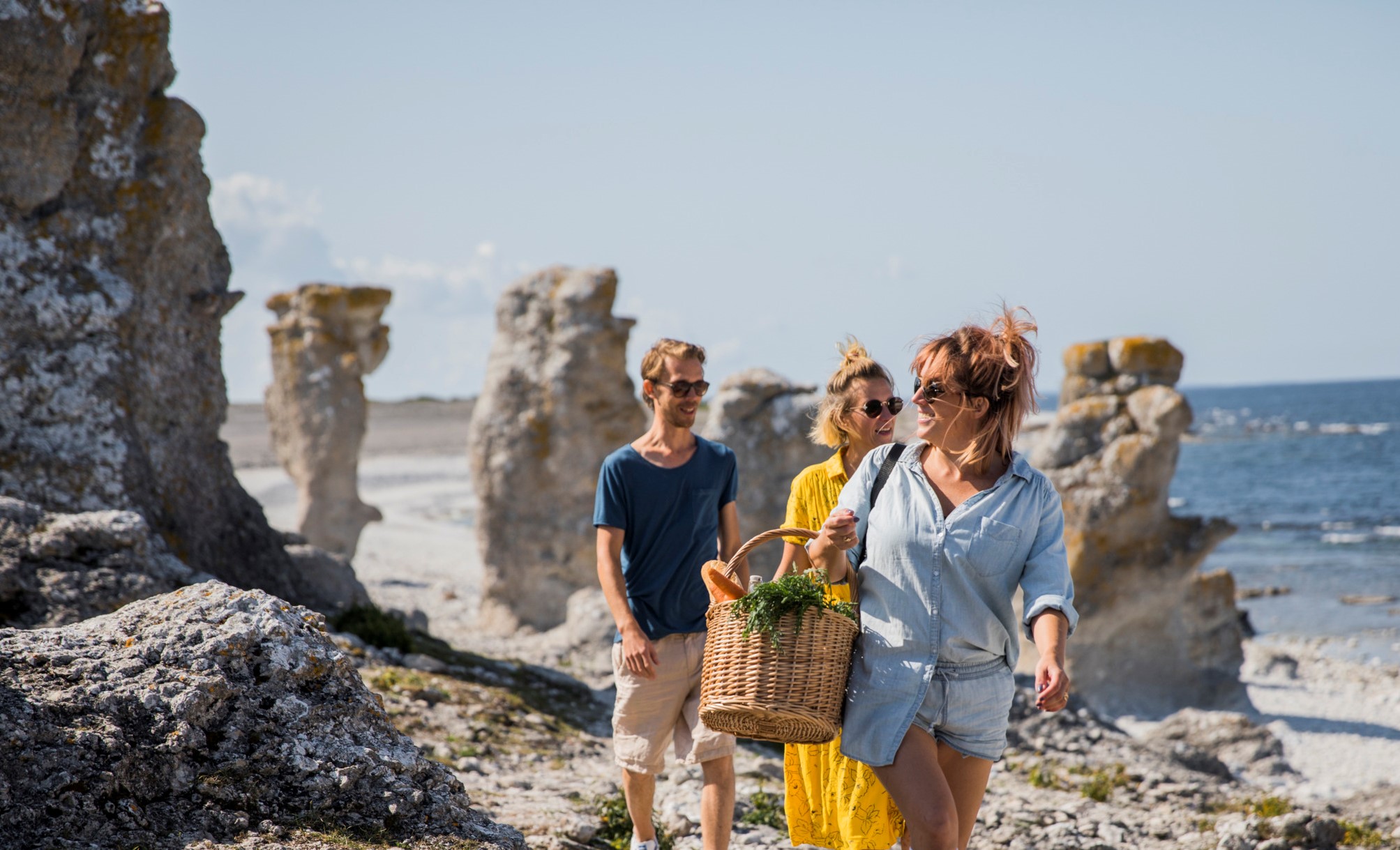 We have collected some of Gotland’s most popular sites, primarily for those who are new to Gotland and who wants to discover the places everyone’s talking about. 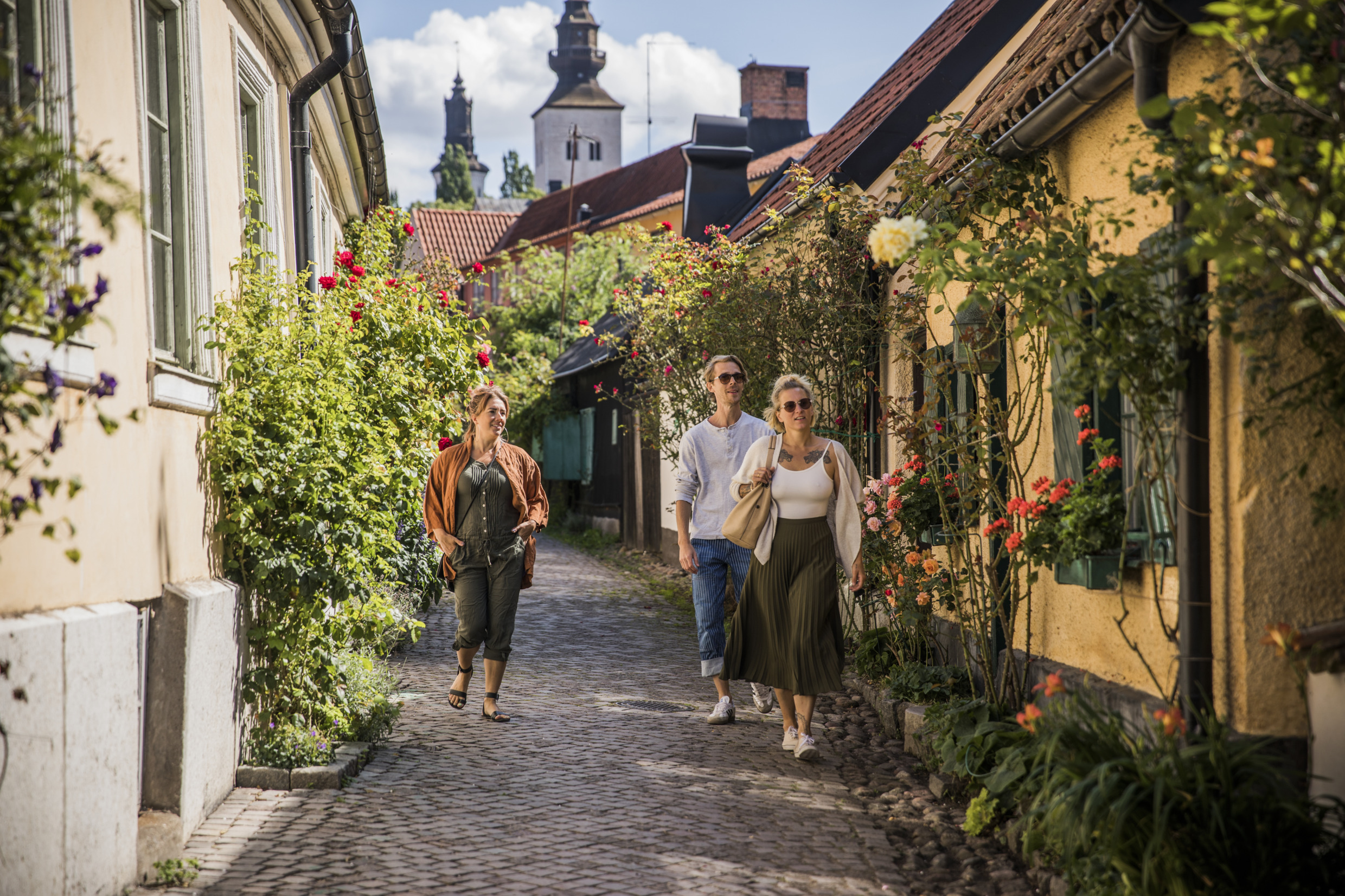 This guide will take you to some of the most beautiful sights in Visby.