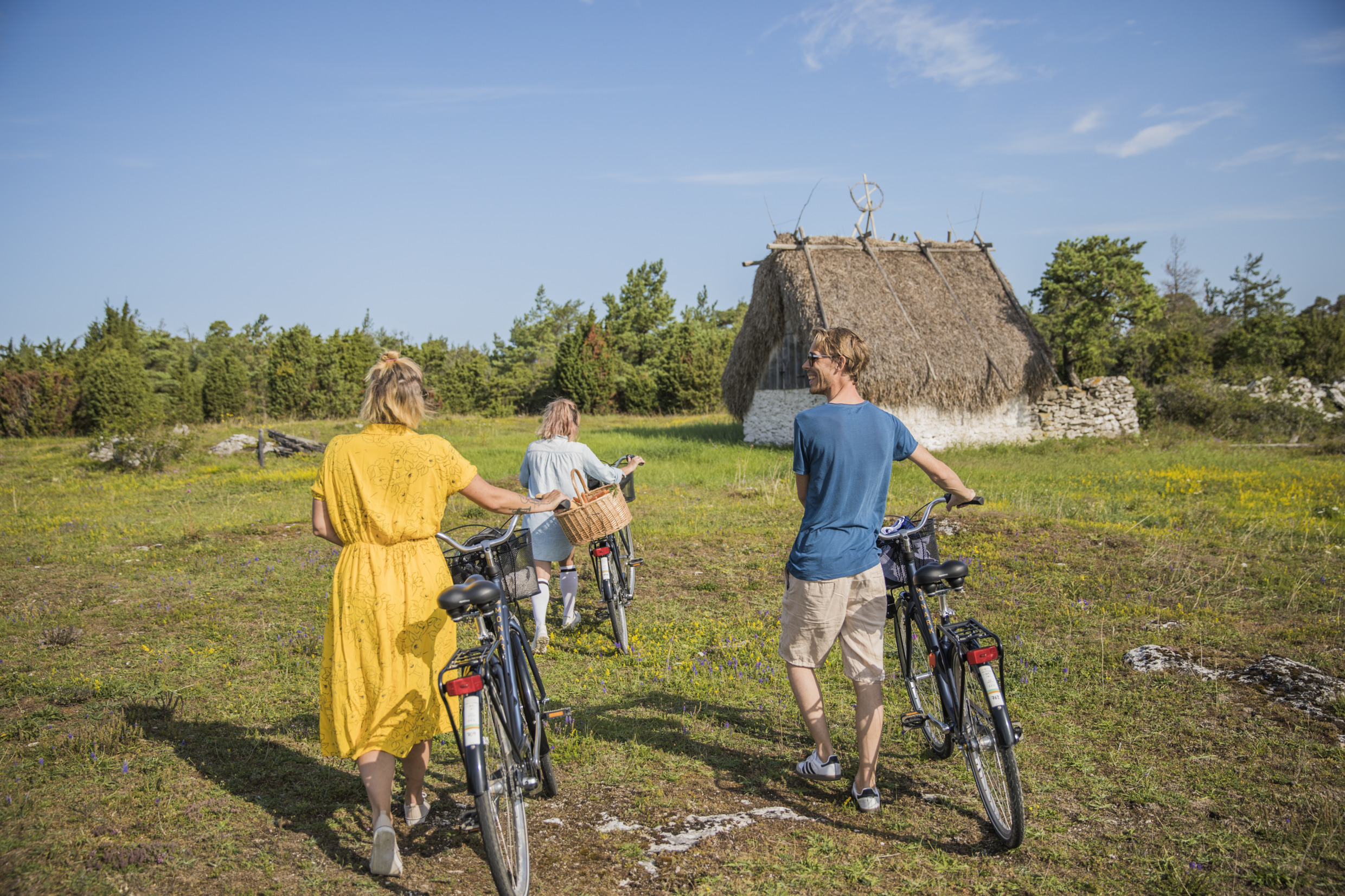 Cycling is by many said to be the best way of experiencing Gotland. Experience the atmoshere, the smells and the astonishing scenery on a tour along the Gotlandic roads.

Gotland has been a cycling paradise since the 70’s, when Ulf Lundell’s debut novel Jack got almost the entire Swedish people to go on a cycling holiday. The term “cycling on Gotland” became a concept and there are still many people who get a dreamy look in their eyes when you mention Gotland and cycling in the same sentence.

Many people say that Gotland is best experienced from a bike, why is not that hard to understand.

The island is flat, fairly small and even though it might be windy at times the short distances makes it easy to find a suitable route. Just make sure to get off the beaten track and instead follow the small, inviting and winding roads, especially along the coast. 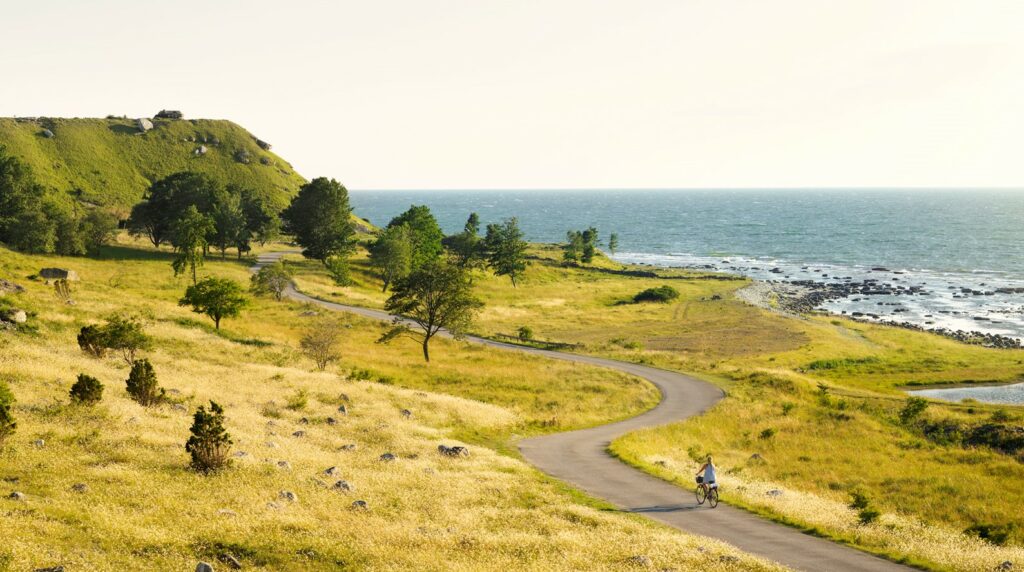 Throw away the timetable

From the saddle, you get significantly closer to nature. You can feel the smells, the wind sweeping through your hair and hear the sounds of waves crashing on the beach. Above all, you have the ability to forget about timetables or planning and instead take each day as it comes. When you ride along with the Gotlandic roads you will encounter small as well as large surprises in the form of cute cafes, farm shops, lamb paddocks, garage sales, areas of limestone rock formations or sandy beaches.

The classic way of “cycling on Gotland” includes staying in tents. Today, however, many choose to combine cycling with the good in life and plan their stages so that it fits with good accommodation and good restaurants, which are scattered throughout the island. Many people also choose not to ride all day, but instead take a day off now and then, both to charge the batteries but also to give time and space for all the experiences the island has to offer. 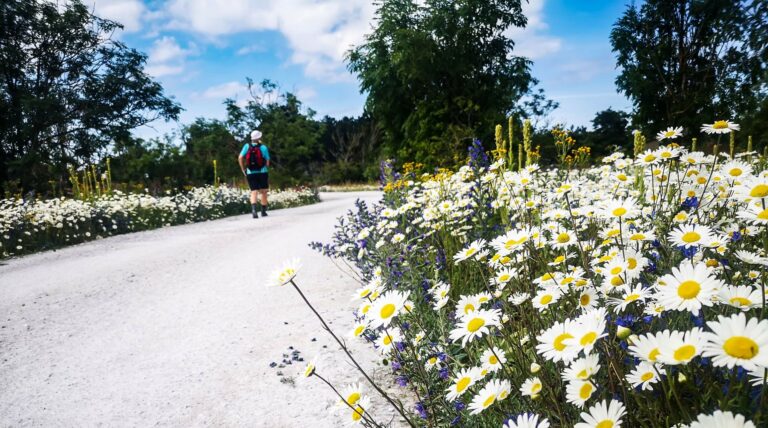